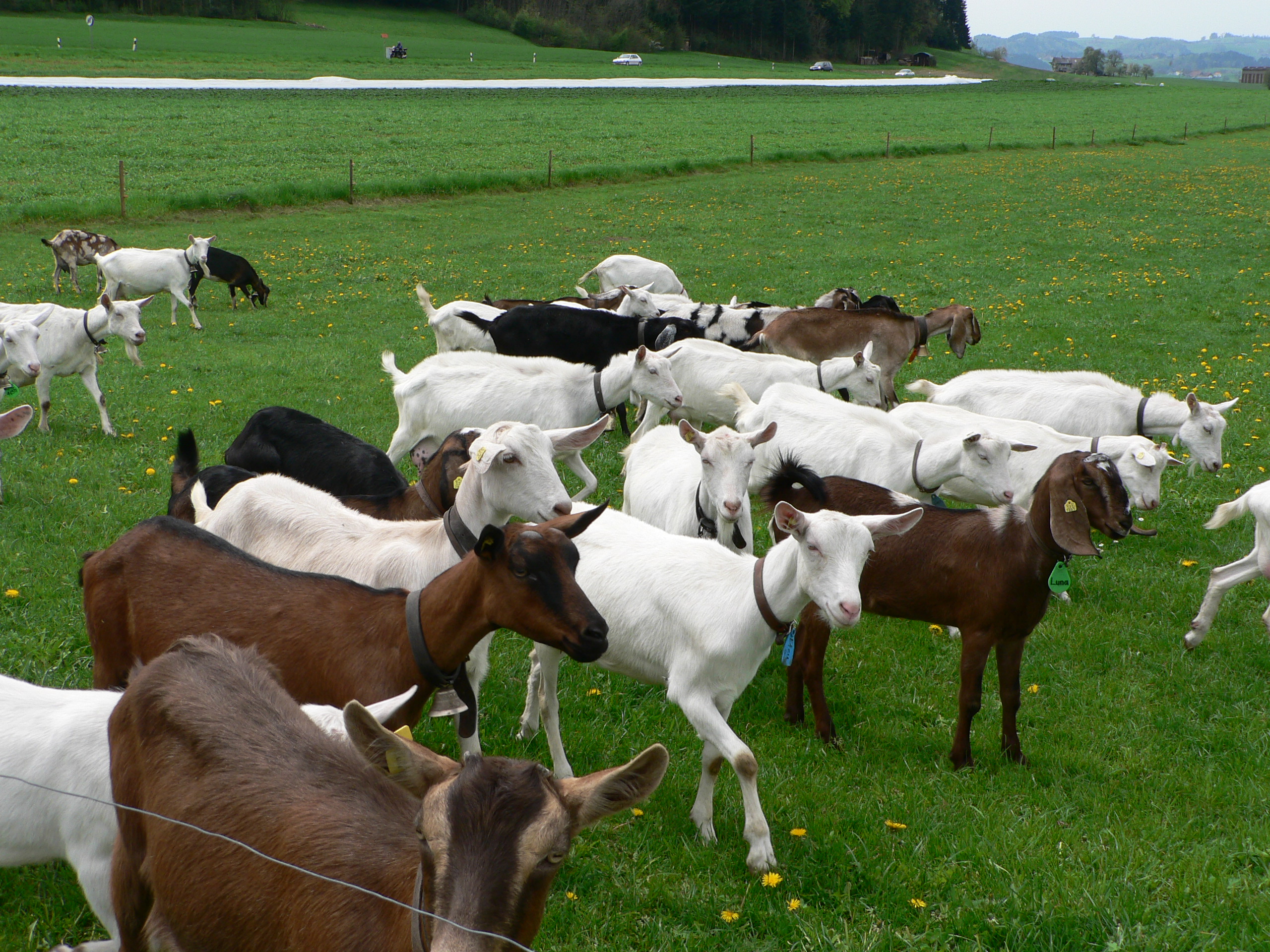 Sandrine Lizaga, 41, has kept 80 ewes on 52 hectares (128 acres) of organic pasture, and milks them to produce fresh dairy products including fresh milk and regional tome cheeses in the village of Bourdeaux (Drome) since 2010.

The inspection is carried out by the DDPP (regional direction for the population protection) each year to determine whether or not farmers are entitled to receive agricultural subsidies payable under the EU's Common Agriculture Policy (CAP).
The DDPP claimed that Lizaga was in breach of the new regulatory framework, after they discovered essential oil bottles and homeopathic remedies unaccompanied by veterinary prescriptions.

What's it all about?
She said she had never heard of any regulation requiring veterinary prescription to administer plants and homeopathic medicines to cure animals - and in any case, both are available 'over the counter' with no need for any prescription.
"I always use antibiotics when they are seriously ill but I also use plants and anti parasitic treatment without veterinary prescription when they have smaller issues and I never had any problems", Lizaga revealed.
Inspectors explained to her that she should not collect plants for decoction or use essential oils, as under the new regulations they were deemd to present a danger for those who consume her products.
During her training as a farmer she took aromatherapy and herbal therapy courses to allowing her to use wild plants of the fields and meadows to treat her ewes' ailments without resorting to antibiotics or other pharmaceuticals.

'This is completely unfair'
A month after the inspection, Madame Lizaga received a letter asking her to change her animal care practices under threat of losing her CAP financial support payments, which amount to €15,000 a year.
When the final inspection report was issued, the DDPP asked for a repayment of 1% of her CAP payments, a sum of €150. Lizaga admitted that the sanction was a minor one, but found it unfair in principle.
"I found it deeply unfair to be treated as a breeder who would over use antibiotics to boost the production of their animals when I am using natural products to cure my ewes", she said.
She also insisted on the fact that as an organic breeder she also has to submit her herd to organic inspections which are much more stringent than 'conventional' ones to guarantee the quality and safety of her dairy products.

New regulatory framework on plants
Lizaga's situation results from the coming into force of new regulations, French and European, which restrict the use of herbal remedies and other plant-based veterinary medicines.
The first is a Regulation published by the European Commission in March 2013 (UE 230-2013) decreeing the withdrawal of over 600 plants that provide vegetable aromatic extracts used in complementary animal feeds.
It reflects the EU's REACH Directive (Registration, Evaluation, Authorisation and Restriction of Chemicals), which places the same regulatory requirements on essential plant oils as for toxic chemicals and pharmaceuticals.
Among these aromatic extracts and essential oils are oats, turmeric, nettle, clover, hazel - and many other plants which have been use in a traditional way for years as a cure and nutritional supplements.
The problem is that the herbal remedies have not been the subject of any applications for market approval according to the Regulation (CE) no. 1831/2003 regarding the additives in animal nutrition.
But no such applications are expected. Because these are not proprietary products protected by patents, no one can afford to make the expensive and highly technical applications for them.

France has also banned the use of herbs in the field
A further Regulation is a French circular issued by the National Agency for Food Safety (ANSES-ANMV). It prevents breeders from using herbal remedies to care for animals under penalty of a ban of production, distribution and publicity, plus financial sanctions or prosecution - even using herbs that grow naturally in pastures and meadows.
"Alternative therapeutic treatments for animals need to be either veterinary medicines with administrative approval for the ANMV or magistral formulae with veterinary prescription. Vegetable substances cannot under any circumstances be used as self-medication directly by breeders", says the ANMV in the circular.
Both Regulations aim to guarantee the safety of the food chain by withdrawing plants that have not been approved. However there are no proven scientific or toxicological reasons to justify the withdrawal.

'Commercial censorship'
The new European regulation also fails to distinguish between harmless plants and toxic ones such as hemlock, stressed Philippe Labre, a qualified vet and consultant in natural health for livestock farming:
"The benefits from these plants are well known - they are part of traditional usage by breeders and others for years and they have been published in numerous scientific and popular works.
"This new European regulation is establishing a commercial censorship. Moreover, marketing natural products is a questionable procedure as they should remain public goods as long as their usage raises no specific concerns."
Labre also complained that the new regulation framework will exclude traditional healers who use plants to improve animal health - such as herbalists, distillers and nutritional supplement producers.

Increasing resistance to antibiotics
The French Farmers union, Confederation Paysanne (CP), has spoken out strongly in support of Madame Lizaga after officials confirmed that the new EU regulation (230-2013) and the ANSES circular would apply:
"For the Confédération Paysanne de la Drôme, this new attack on the freedom of livestock farmers is unacceptable. It deprives them of ancestral knowledge and drives them at high speed into an ever more industrial model. Farmers should resist and the Confederation Paysanne will support them in this fight."
The CP also pointed out the "inconsistency" between the Regulations clamping down on herbal remedies, and the French government's official policy to reduce the use of antibiotics.
The legal clampdown on herbal veterinary products began, paradoxically, precisely as the French government was committing to reduce the use of antibiotics among animals by 25% in five years (2012-2017).
The Ecoantibio plan proposed by the French Ministry of Agriculture is a multi-year plan which "schedules a reasonable and cautious use of antibiotics" to reduce the development of antibiotic resistance.
But despite the Ecoantibio plan, antibiotics remain the main treatment prescribed to animals.

Antibiotic resistance - a terrible threat to human health
The development of antibiotic resistance is associated with the excessive, routine use of antibiotics on farms - especially when used as a growth supplement, and prophylactic, when no symptoms of disease are present.
Antibiotic use is farming is believed to contribute to increasing microbial resistance to essential therapeutic antibiotics, leading to infections like MRSA (multiply resistant Staphylococcus aureus) which are leading to increasing numbers of human deaths.
A report from the World Health Organisation (WHO) published in April 2014 underlined how dangerous antimicrobial resistance can be for public safety with this alarming observation:
"Antimicrobial resistance (AMR) within a wide range of infectious agents is growing public health threat of broad concern to countries and multiple sectors. [...] A post-antibiotic era - in which common infections and minor injuries can kill - far from being an apocalyptic fantasy, is instead a very real possibility for the 21st Century."

61% of French poultry carry resistant bacteria
A recent survey published by UFC Que-Choisir, a French consumer association, has also revealed that 61% of chicken and turkey sample - available in the market - carried bacteria resistant to antibiotics.
Que-Choisir urges the French government to reinforce law in the area and commit to reduce the use of antibiotics by 25% as planned in the Ecoantibio plan.
Herbal remedies are a proven, reliable alternative to antibiotics which are routinely prescribed as a preventive and curative measure. But the new regulations are now outlawing their use among organic breeders and other plant professionals. 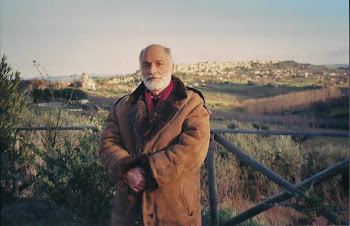